If you Google Guinea Bissau or worse, if you ask poor minded people who only believe what “they say” what comes out does not make you willing to go.

“They say” It’s dangerous, it was and probably still is the narcos way into Europe, it’s very poor and so on.

Well, after a week spent in Bissau and even visiting some places around, I would actually think quite the opposite. I have been in 15 African countries, Guinea being the last one, and the only thing I bring home is energy, willingness to fight for a better future, kindness, generosity, incredible stories that both break your heart and make you cry for joy, and nothing else.

Invited by a good friend of mine who set up an organisation to help women to learn more about digital enablement and entrepreneurship, launching the first conference of this kind in the country. A conference? You would say … what can you do with a conference?

You need to understand the culture. They organised it with the support of a few private individuals and a team working for free, and since the event was a success now from the national TV to the government (in the making) to the Central Bank to local parties were there to be seen, rightly so, and I am sure next time the event will be like 10X bigger but – most importantly – we will get the funds to start the entrepreneurship and digital enablement courses for women.

This is Africa. You do something for the first time, it’s hard to pull it off. But if you make it, THEN everyone says “if you had told me that this is what the event was about I would have supported”. Well, I am really happy we pull it off.

The great opportunity of a country like Guinea Bissau is that with a bit “art” of networking you can talk to the Governor, the local banks CEOs and the Ministers in the same day and with a single Taxi ride. So when the magic happens, it is transformative.

No one is arguing that empowering young talents (especially women) is one of the No-Brain things to do.

And you need to adapt your language.

FinTech means very little (also because you need to speak Portuguese at very least, English good speakers are a minority) but still … the opportunity to create new, better, more accessible and digital services are VERY tangible.

To develop a given ecosystem there is no recipe, is a matter of experience, connectors, network, and be able to work with what you have, not what you would like to have, yet with a clear objective.

Thank you Rescue Dreams (the name tells it all) for let me be part of the team! 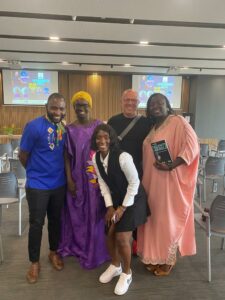 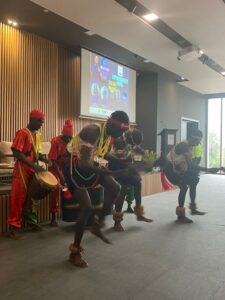 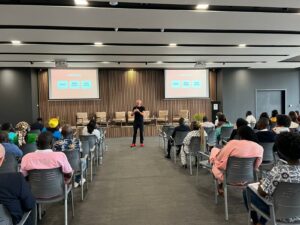